This winter has been unusually warm here in New York—no doubt that is because some of our favorite Upstart Crows have been heating up the bookshelves with their latest releases!

Kirkus raves for Life Eternal, saying that “Renée’s story is romantic, suspenseful and far from over. A solid read, this one will leave readers wanting more.”

And if you haven’t read Dead Beautiful (which Publisher’s Weekly said has a “Harry Potter start and a Twilight finish”), what are you waiting for? It’s out now in paperback!

Learn more about Yvonne and her fabulous writing at: www.yvonnewoon.com

Have you ever wanted to go sleuthing? Suzanna Show did in her first adventure, The Midnight Tunnel (now out in paperback!) and she’s at it again in The Mastermind Plot.

Kirkus says, “The suspenseful plot unfolds from Zanna’s first-person perspective, punctuated by her pithy observations. Fans of Suzanna Snow’s first mystery will cheer her latest adventure” and School Library Journal tells you to “add Zanna Snow to [your] list of quirky, bright, and determined female detectives.”

Angie brings the city of Boston to life with intriguing characters and a suspenseful mystery perfect for any middle grade reader. Will Zanna solve the case of the warehouse fires while uncovering secrets about her family’s past? You’ll have to buy a copy of The Mastermind Plot to find out!

The saying “March comes in like a lion, out like a lamb” takes on a whole new meaning with this next release. And by lion we mean werewolf, of course! 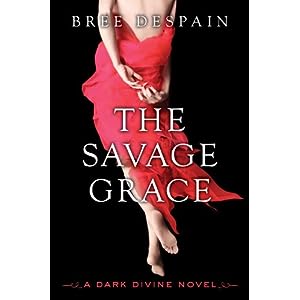 If you’re anything like us, you’re practically salivating to get your hands on a copy of The Savage Grace, the conclusion to Bree Despain’s blockbuster Dark Divine trilogy. Action, suspense, and a heartbreaking romance are all on line—will Grace and Daniel make it, or not?

Translated into over fifteen languages, and optioned for the big screen, you won’t want to miss The Savage Grace, which is available on March 13th.

Josh’s debut, THE DARK DAYS OF HAMBURGER HALPIN, received multiple starred reviews, awards, and landed on more than a few “Best of 2010” lists.

This new novel follows Guy Langman as he is unwittingly drawn into a murder investigation as part of the Forensic Club at his high school. Hilarity, high jinks, and many inappropriate jokes ensue. Kirkus says “Hilarious wit and serious gloom blend seamlessly as Guy wades through the year after his dad’s death…Guy’s running inner monologue is sharply observational, sardonic, funny and sad…Best friend Anoop and other peers are freshly unusual, not recycled character types.”

And if that isn’t good enough, they end their review by saying: “Realistic grief, humor, camp, crime investigation—and plenty of good boner jokes.” If that doesn’t make you want to run out and buy this book, what will?

Huge congrats to Josh!  Visit him at www.joshberkbooks.com

And happy reading to all!