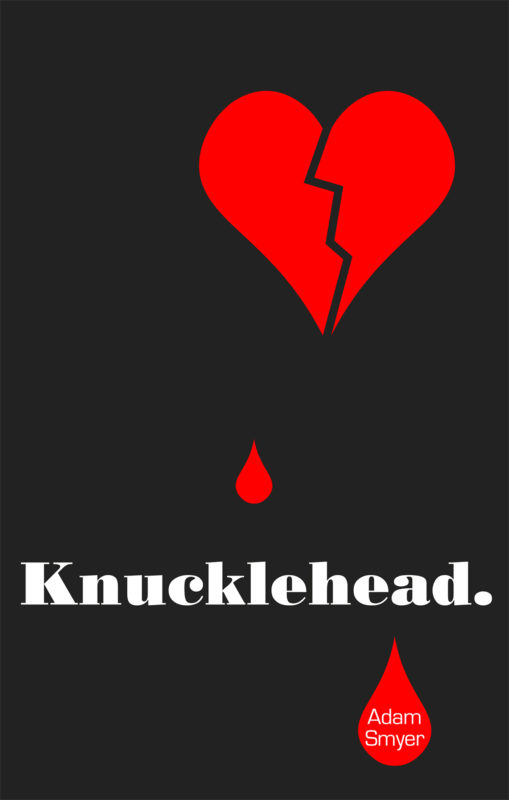 I’m over the moon to wish Adam Smyer's KNUCKLEHEAD a happy book birthday!In Knucklehead we meet Marcus Hayes, a black law student who struggles, sometimes unsuccessfully, with the impulse to confront everyday bad behavior with swift and antisocial action. The cause of this impulse is unknown to him.When Marcus unexpectedly becomes involved with the brilliant and kind Amalia Stewart, her love and acceptance pacify his demons. But when his demons return, he is no longer inclined to contain them.You can pick up your copy from the Akashic Books website or from Amazon.Congratulations, Adam!★“This book is bold in how it treats the reader as an insider to the reality of American blackness. It can be, in turns, lyrically poignant, cynical, hilarious, and infuriating.” —Foreword Reviews, STARRED review“In this comic debut novel, lawyer Marcus Hayes careens through the racially divisive 1990s while trying to manage his compulsive anger, chaotic love life, and economic misfortunes . . . Smyer gives Marcus a sardonic and hilarious voice reminiscent of a Paul Beatty protagonist and endows him with a troubled psychology that plumbs the nuances of black male identity.” --Kirkus“Marcus is an intelligent, acerbic, and often hilarious narrator, bringing a fresh, biting perspective to the social and racial tensions of the time that, as debut novelist Smyer makes clear, are not particularly different from today.” —Library Journal“While the provocative subject material will take readers to a sometimes-uncomfortable place, this brilliant debut is also deeply, darkly funny . . . This is one of those books that simply has to be discussed, as it managed to tackle difficult topics with unexpected humor and pathos. While Marcus is a troubled character, his journey and the choices he makes will provide rich meat for discussion about race in America and how justifiable anger can turn toxic.” —IndiePicks Magazine