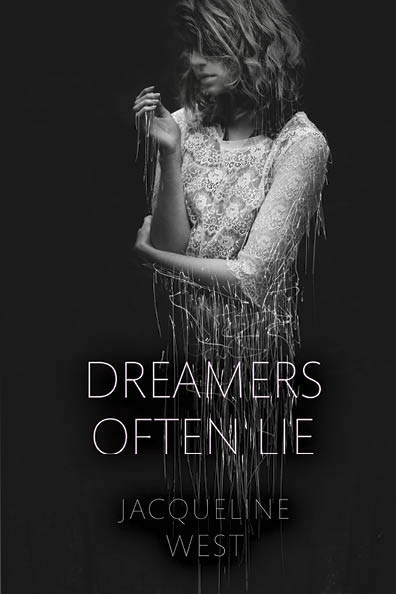 Today is the official publication day of Jacqueline West's riveting YA novel, DREAMERS OFTEN LIE. Jacqueline is author of the NYT bestselling middle grade series, The Books of Elsewhere, and DREAMERS is her first foray into the YA genre, and she's done a smashing job of it, too.

“Engrossing . . . A dizzying new twist on one of the Bard’s most famous plays.”

DREAMERS is Black Swan meets Shakespeare--a twisty, enthralling story of one girl's brush with madness:After a skiing accident that fractures her skull, Jaye is left with a splitting headache and strong delusions. Jaye must keep these delusions secret from her family, doctors, and everyone at school in order to keep her starring part in the school production of A Midsummer Night’s Dream — even though visions of Shakespeare and his characters have been following her around since the hospital.But her attempts to resume her normal life are thwarted even further when flesh-and-blood Romeo shows up in her anatomy class. Her infatuation gives way to more hallucinations, and increasingly dangerous secret acts. Will she figure out what’s real and what’s pretend before it’s too late?We're happy to see this novel out in the world, and you can get your hands on a copy here, here, and here. Many congratulations, Jacqueline!