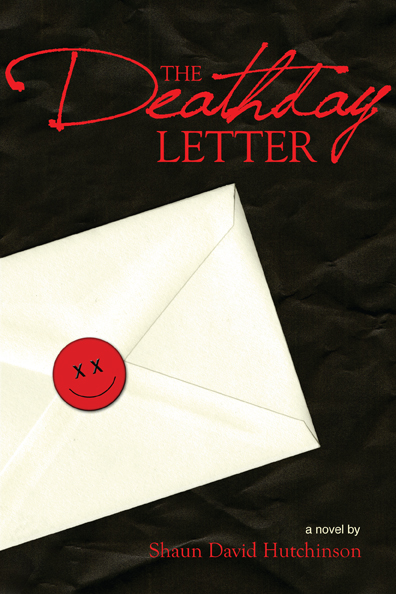 To help count down to the release of Shaun Hutchinson's The Deathday Letter, today we're running a little contest on here, Facebook, and Twitter.The Deathday Letter takes place in a world much like our own: the one difference? In this world, you receive a letter the day before you kick the bucket letting you know your croakage is happening within 24 hours whether you like it or not. When teenage Oliver receives his deathday letter, he embarks on an epic and hilarious last day full of risks, best friends, and pudding. Yep. Pudding. As the clock ticks down and Oliver's staring the reaper in his surprisingly pretty blue eyes, he realizes it's his last chance to make his mark, however small, on the people around him.Sounds awesome, right? It is! So here's the question I pose to you: What would your teenage self have done with 24 hours left to live? Stood up to the bully? Finally tried foie gras? 24-hour laser tag session?Leave your answer in a comment (please limit to one sentence or less) or tweet your answer using the #MyDeathday tag. Everyone who participates before 5 PM EST on Monday, June 14th will have their names entered to win a signed copy of The Deathday Letter.Be sure to check out Shaun's blog for other chances to win copies, news about the book, and a special surprise video coming soon of Shaun doing something crazy as his #MyDeathday moment. And if you want to buy the book, it hits stores June 15th!