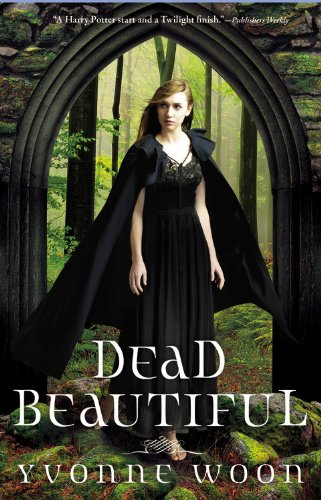 On the morning of her sixteenth birthday, Renée Winters finds her parents dead in the Redwood Forest, in what appears to be a strange double murder. After the funeral Renée’s wealthy grandfather sends her to Gottfried Academy, a remote and mysterious boarding school in Maine, where she finds herself studying subjects like Philosophy, Latin, and the “Crude Sciences.” It’s there that she meets Dante Berlin, a handsome and elusive boy to whom she feels inexplicably drawn.  As they grow closer, unexplainable things begin to happen, but Renée can’t stop herself from falling in love. It is only when she discovers a dark tragedy in Gottfried’s past that she begins to wonder if the Academy is everything it seems.

"Woon pulls off some interesting twists and captures readers with the romantic connection between Renée and Dante [and] sprinkles in some philosophical ideas that set the story apart from others in the same genre. Riveting and different, it is a real page-turner."―School Library Journal

"Boarding-school story meets Murder, She Wrote meets the Twilight series in this nifty title, which also offers an attention-grabbing take on zombies."―Booklist