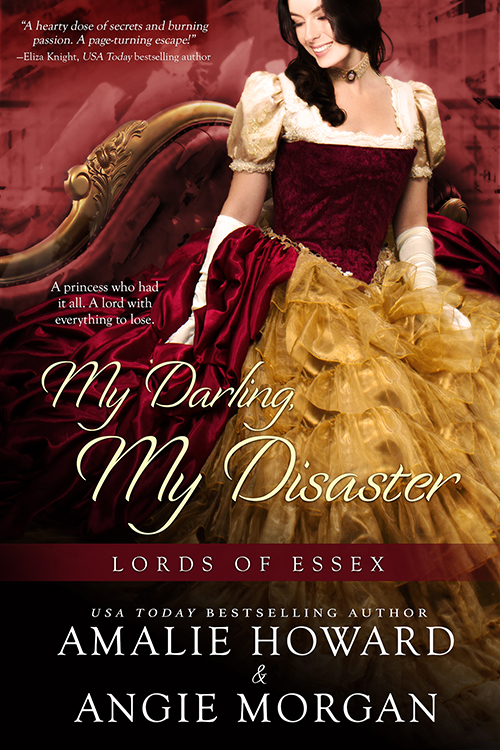 My Darling, My Disaster (Lords of Essex, Book 2)

Lord Graham Findlay, the shamelessly virile Viscount Northridge, has a disgraceful secret, one he’ll do anything to hide. Holding his passions at bay, Gray has sworn off the fairer sex. But when temptation comes in the form of an intriguing woman he cannot easily avoid, Gray’s integrity—and his most depraved desires—are put to the ultimate test. Self-assured and carefree Princess Svetlanka Volkonsky never dreamed she would one day become a lady’s maid to avoid a dangerous traitor. But danger also comes in many guises, especially in the sinful and devastatingly attractive lord of the manor who introduces her to a world of singular pleasure. When Lana’s past emerges to threaten the life and the false identity she’s built in England, she and Gray find themselves falling into a tangled web of lies and intrigue ... and the last place either of them expected to fall ... in love.