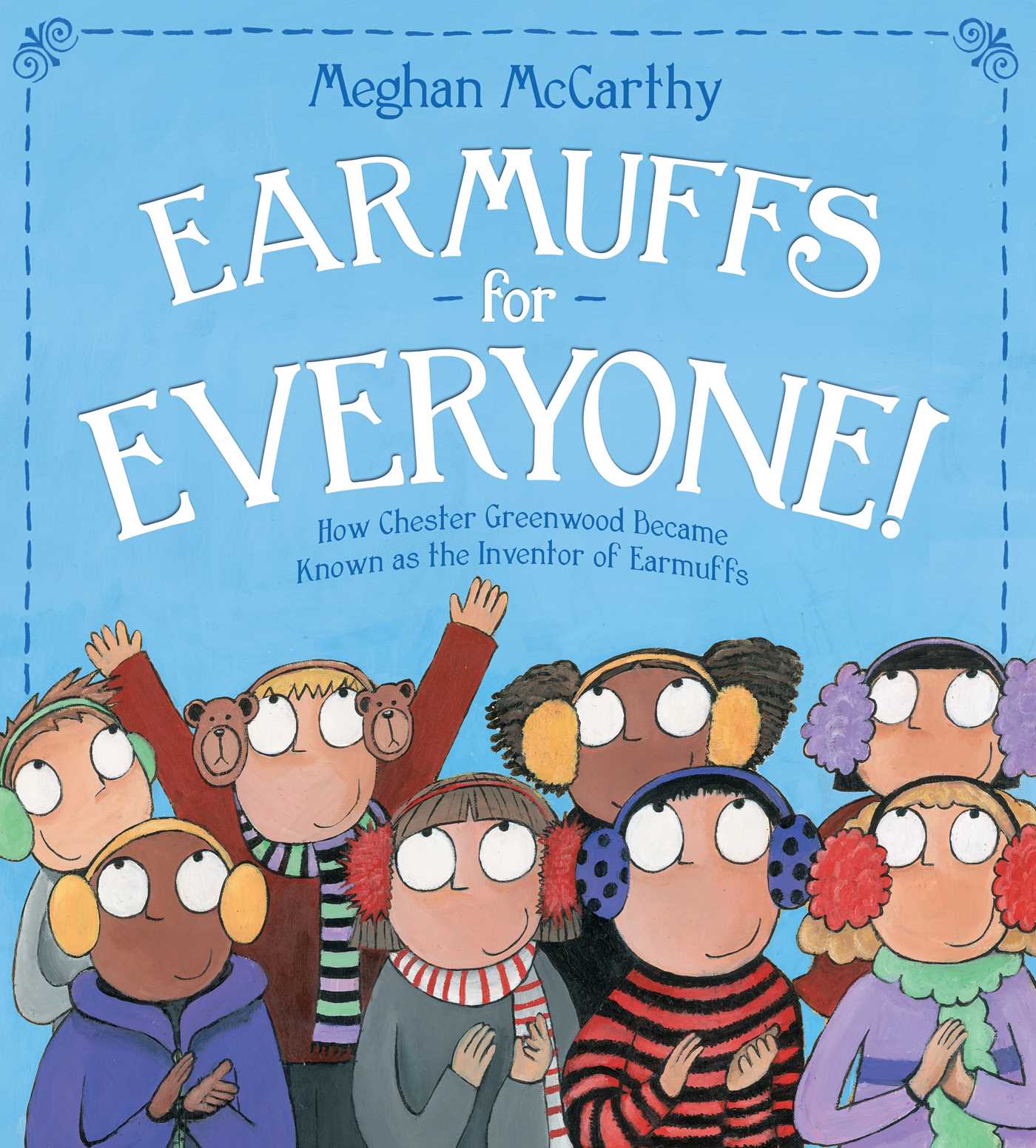 How Chester Greenwood Became Known as the Inventor of Earmuffs

As a young boy, Chester Greenwood went from having cold ears to becoming a great inventor in this nonfiction picture book from the acclaimed author-illustrator of Pop! and Daredevil.

When your ears are cold, you can wear earmuffs, but that wasn’t true for Chester Greenwood back in 1873. Earmuffs didn’t exist yet! But during yet another long and cold Maine winter, Chester decided to do something about his freezing ears, and he designed the first pair of ear protectors (a.k.a. earmuffs) out of wire, beaver fur, and cloth. He received a patent for his design by the time he was nineteen, and within a decade the Chester Greenwood & Company factory was producing and shipping “Champion Ear Protectors” worldwide!

But that was just the beginning of Chester’s career as a successful businessman and prolific inventor. In this fun and fact-filled picture book you can find out all about his other clever creations. The Smithsonian has declared Chester Greenwood one of America’s most outstanding inventors. And if you’re ever in Maine on December 21, be sure to don a pair of earmuffs and celebrate Chester Greenwood day!

★ “A solid addition for those seeking titles about inventors and inventions.”—School Library Journal, starred review

★ “A look not just at the invention (or not) of earmuffs, but at the process of inventing and the way that history can rewrite itself…the valuable—even revolutionary—takeaway is that history isn't necessarily reliable; it can change, and McCarthy's genius is that she communicates this so easily to her audience.” —Kirkus Reviews, starred review

★ “McCarthy is the ideal raconteur: funny, curious, and eager to involve her audience in her pursuit of the truth. Readers will come away…feeling like they’ve spent time with a very smart, very cool friend.”—Publishers Weekly, starred review

★ “Always entertaining, this picture book features a clearly written text and appealing acrylic paintings…This unusual book also offers insight into the process of invention and how the muddling of fact, memory, and legend can result in popular history.”—Booklist, starred review

★ “Aside from being an enjoyable outing in its own right, this would be a great opening to kick start kids’ critical thinking by encouraging them to turn the same kind of interrogation onto other histories and biographies.”—Bulletin of the Center for Children’s Books, starred review