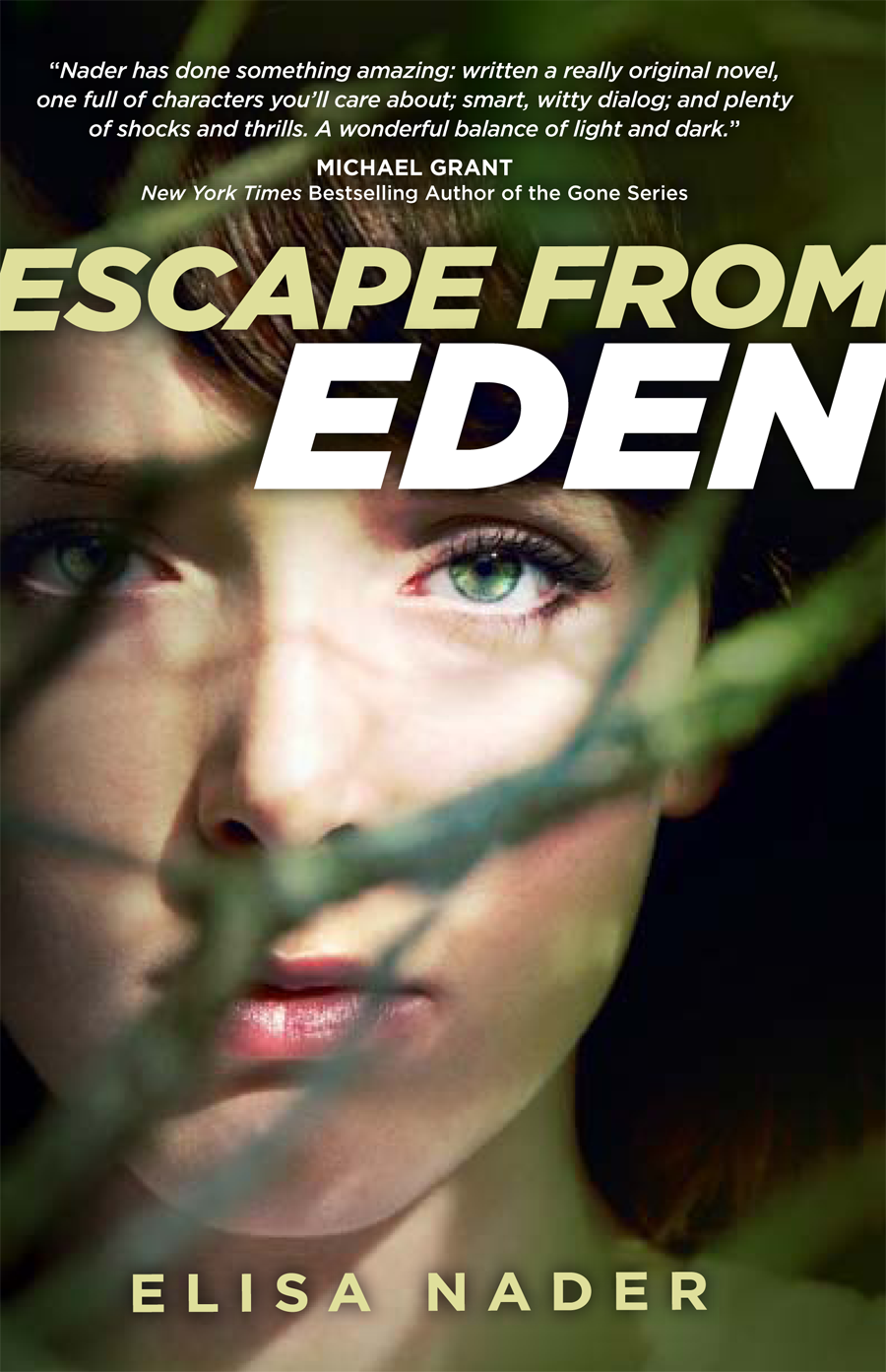 A page-turning suspense thriller about life in a cult.

Sixteen-year-old Mia spent her life in a religious commune called Edenton, but has always questioned the teachings of the Reverend Elias Eden. Gabriel is a new arrival—a big city boy with an even bigger attitude. When he persuades Mia to sneak out, she discovers the commune is based on a secret more sinister than she could have imagined and must turn against everything she has ever known to save her loved ones.

"[Escape from Eden's] rewards are many; fast-moving action, a capable heroine, and a resolution that leaves plenty of room for a sequel."—Kirkus Reviews (starred review)