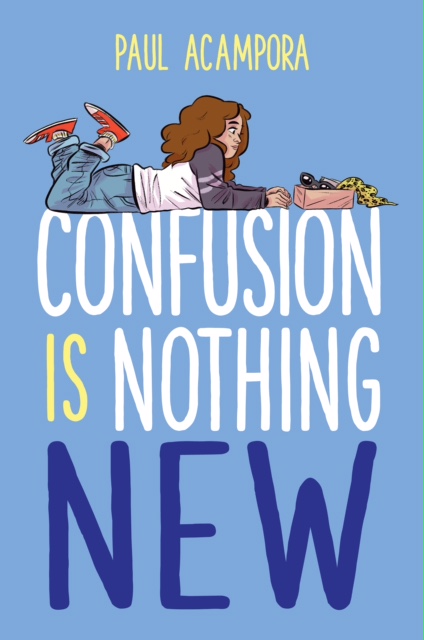 Confusion is Nothing New

Ellie Magari is figuring out what it means to be a girl in the world today, especially when the one role model she could have had (her mother) was never around and she was raised by her hardworking single father who didn't exactly keep the lines of communication open. Exactly who was Ellie's mom? And now that she's gone for good, what does that mean for Ellie?

Fueled by the bighearted sounds of '80s rock and roll, plus a dash of The Goonies and Ferris Bueller's Day Off, and large doses of Cyndi Lauper's girl-power joy, is a coming of age story as well as a drama and comedy about friendship, girls, and the tension between fathers and daughters. It's also a story about girls who understand that it's good to make things, but breaking things is okay too.

Praise for Confusion is Nothing New

★ "Acampora's fast-paced and entertaining novel will satisfy lovers of family stories that have a touch of mystery." —School Library Journal, starred review

‍"Ellie’s quest to determine who her mother really was, helped along by those who knew her, reads like a light mystery and drives the story forward. Yet it’s the dry wit of Acampora’s characters and the love of ’80s music permeating every scene that give this story its rhythm and soul." —Publishers Weekly

"Straightforward storytelling with a light touch of humor, accessible to a broad spectrum of readers." —Kirkus Reviews

"The idiosyncratic characters bring the story to life and the irrepressible humor… is laugh-aloud funny. A satisfying novel of loss, change, and renewal." —Booklist

‍"Its warmth and wackiness will appeal to even the most reluctant readers...a delightful addition to middle school libraries." —School Library Connection