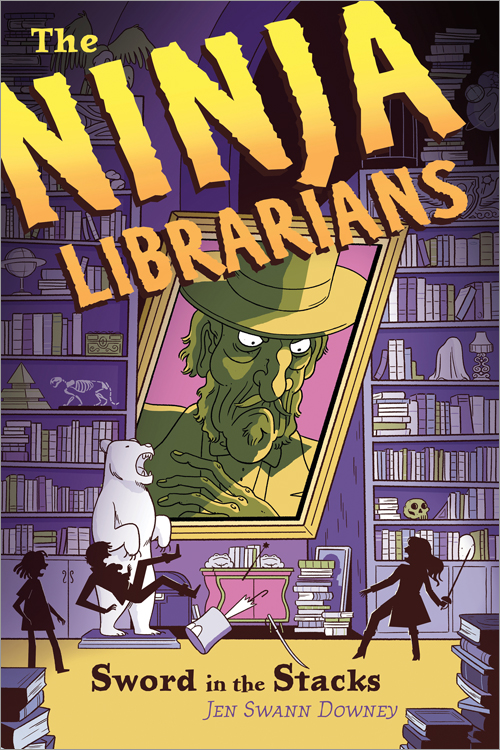 The Ninja Librarians: Sword in the Stacks

After stumbling upon the secret society of time-traveling ninja librarians, Dorrie has finally joined Petrarch's Library as an apprentice! One day, she'll actually go on missions to rescue people whose words have gotten them into trouble. For now she's taking some interesting classes:
• First and Last Aid: When Nobody Else is Coming
• Spears, Axes, and Cats: Throwing Objects with Precision and Flair
• Codes, Invisible Inks, and Smoke Signals: Keeping Secrets 101

But on a training mission to 1912 England, Dorrie finds herself dangerously close to a member of the Stronghold – the Library's biggest enemy. This is her opportunity! Dorrie can spy on the enemy, find the missing key...and become a real Lybrarian!

But if she makes a mistake, Dorrie could lead their enemy right to the very place she's trying to save...and everyone she cares about.

Praise for The Ninja Librarians: Sword in the Stacks

"Put this in the hands of adventure lovers who like a little substance with their time travel and swordplay." – School Library Journal

"By summer term's end, Dorrie has learned how to get past profound fear after nearly drowning, picked up some pointers in swordplay from Cyrano de Bergerac, and, oh yes, dealt the schemes of the Foundation a severe setback. On to fall term! Never a dull moment in this lybrary school." – Kirkus Reviews‍