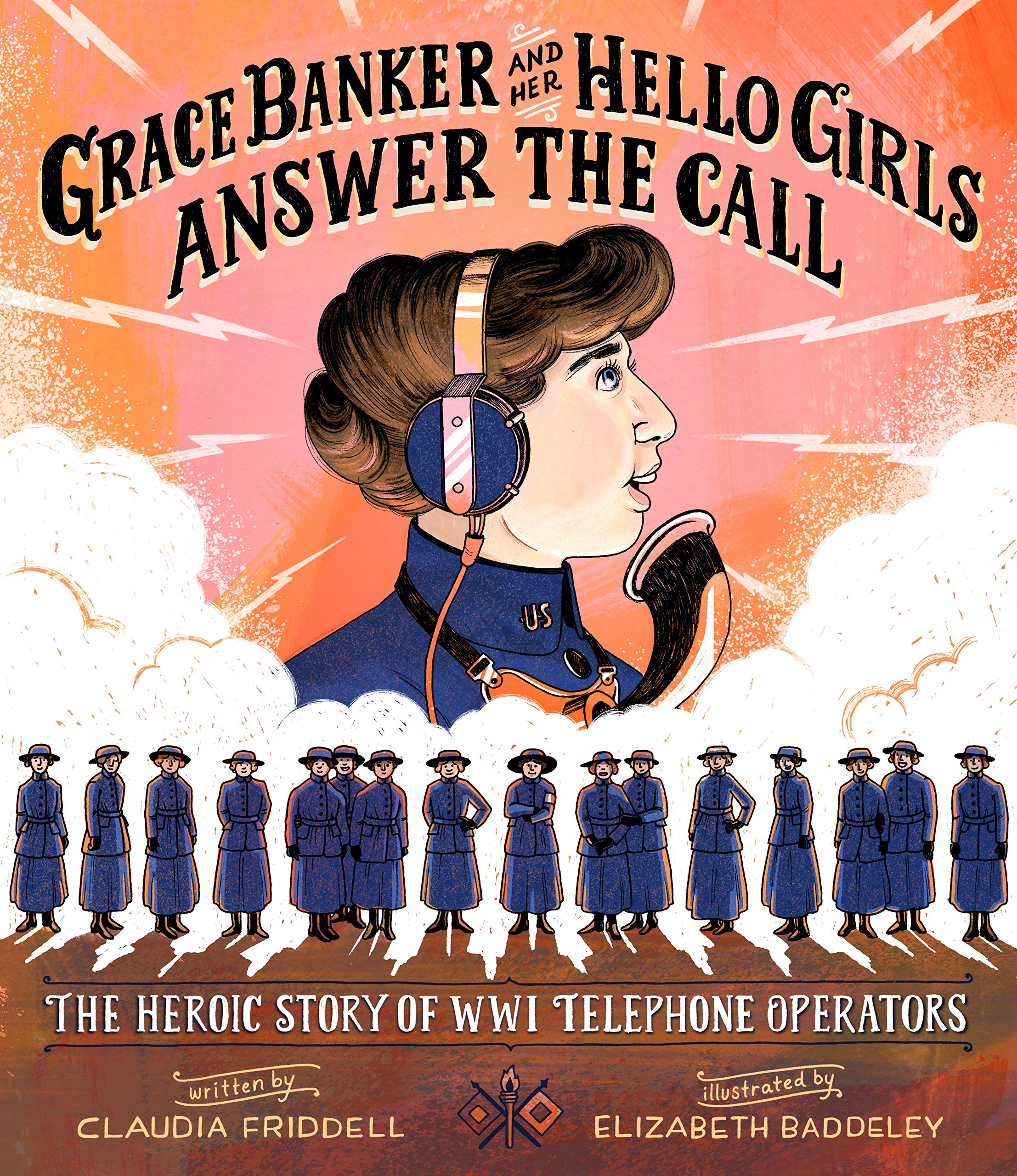 Grace Banker and Her Hello Girls Answer the Call

When 25-year-old Grace Banker opened her mail from the Signal Corps, she couldn’t believe her eyes. Not only did she get the call to serve overseas with the 1st Unit of World War I telephone operators, known as “Hello Girls” back in the States, endured bombings, explosions, fires, and freezing weather as they translated commands and transferred secret codes with lightning speed from battlefield headquarters. Their grit and courage helped win the war and earned Grace the Army’s Distinguished Service Medal.

★ "This picture book for older students provides material not readily available about the Signal Corps and the early role of women in the military. It also provides needed backdrop for the suffrage movement happening about the same time."  —School Library Connection, starred review

"An overlooked hero of World War I is given her due. Quotes from Banker’s diary and letters accompany Friddell’s straightforward, descriptive text, bringing to life her dedication, humor, and fearlessness. Baddeley’s appealing, comics-style illustrations provide a strong sense of time and place...overall, this overlooked piece of history—the role of women during World War I—is presented in engaging detail, and the result is a captivating depiction of a smart, spirited woman who found a way to use her skills and intelligence to benefit her country in an unexpected way. An absorbing look atone woman’s achievements during World War I."  —Kirkus Reviews